What Are You Doing New Year’s Eve? 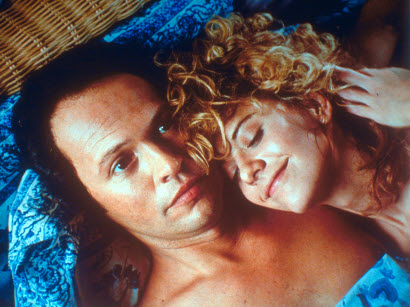 I love “When Harry Met Sally”. I think it is one of the best romantic comedies, and it would definitely be on my Top Ten Movies of All Time list (but I’m too young to be making one of those!). My favorite scene in the movie is the last one, the one that takes place on New Year’s Eve. I won’t ruin the ending for those who haven’t seen the movie (go watch it now!), but it’s magic. And it makes New Year’s Eve seem unbelievably awesome.
Well. New Year’s Eve is not like the movies (unless you’re lucky or super rich).  I’ve decided I have a love-dislike (hate is much too harsh for this) relationship with the much anticipated evening.
The Love Part:
·         I love dressing up
·         I love champagne
·         I love celebrating a great year with my friends and/or family
The Dislike Part:
·         The stress that goes with picking the “right” event for you and your friends
·         Paying more at the same club that usually has $5 cover
·         The hype about said party, that will probably not live up to everyone’s perfect-epic-New Year’s Eve expectations
As a kid, New Year’s Eve in my house meant a smorgasbord of food we weren’t usually allowed to eat, my grandparents and cousins would visit, and we’d all stay up late watching TV specials. In high school it was usually a house party, which was exciting at the time. Since high school, I’ve spent new year’s eve in New York City and Bangladesh. The night of the 31st itself was never really the highlight of my trip, though. Rather, the trip itself was super exciting and it just happened to fall around December 31st.
So, this is my first New Year’s Eve in town being of legal drinking age, and I’ve learned a couple things.
1)  Plan early. I think a lot of people leave the nye plans til after Christmas because of the busyness of the holidays, but holy moly is it ever cheaper and much less of a hassle to have made your plans in advance.
2)  I think some of you would agree that New Year’s Eve is overhyped. There’s something about the grandness of the occasion that makes everyone feel they must have the perfect-epic-New Year’s Eve plans. But really, if you’re going out to a bar I have a feeling it will be just like any other night, except midnight is a really big deal.
My idea of a perfect-epic-New Year’s Eve might seem kind of boring to some people, but I guess I just think NYE should be about being with people you love, maybe in a setting slightly more intimate than a club, but still have a super fun/classy/elevated air of celebration–
Perfect Plan A) Rent a chalet or lodge with friends and drink champagne in the hot tub surrounded by snowy wilderness; I’m picturing somewhere in the Laurentians, but I’m not too picky.
Perfect Plan B) Have a NYE pajama party, at some point in the night we would obviously watch When Harry Met Sally.
Perfect Plan C) Be in a foreign country and partake in other NYE traditions (I don’t think this should seem boring to most people, but it is probably a more expensive option…)
Anyways, none of that is happening this year, but that’s OK! My boyfriend is in NYC and my twin brother is in Montreal so it was kind of a last minute decision to stay in Ottawa…I was one of those silly people making last minute plans! I’m watching the World Junior Hockey Game between Canada and the US with my family (I just have to say…GO CANADA GO!!) and then I’ll be at a club downtown celebrating. Wherever I am, I am pretty excited to be ringing in 2012 with my best friends.
But next year, I’m either planning early or staying in with Meg Ryan and Billy Crystal.
Whatever you’re doing to celebrate, have fun and best wishes for 2012!!

“I love that you get cold when it’s 71 degrees out. I love that it takes you an hour and a half to order a sandwich. I love that you get a little crinkle above your nose when you’re looking at me like I’m nuts. I love that after I spend the day with you, I can still smell your perfume on my clothes. And I love that you are the last person I want to talk to before I go to sleep at night. And it’s not because I’m lonely, and it’s not because it’s New Year’s Eve. I came here tonight because when you realize you want to spend the rest of your life with somebody, you want the rest of your life to start as soon as possible.” — Harry (Billy Crystal), in When Harry Met Sally