Realizing that I would want a splash of milk in my first coffee of 2016, Tristan and I just dashed to the grocery store (crazy busy, of course). We came back home, hastily popped a bottle of bubbly before T had to head to work, toasted, and now I’m sipping alone until friends come over. Just me, vintage Beyoncé, and a glass of sparkling. It’s a nice pause as 2015 fades out.

Though it’s certainly too late for your celebrations at this point, I wrote a little thang for Ottawa Magazine — some top Ottawa sommeliers and sommelières have some recommendations for next time you’re picking up a bottle of bubbly or if you’re wondering what wine trends might be coming up in the new year. END_OF_DOCUMENT_TOKEN_TO_BE_REPLACED

We ended up having a great time ringing in the New Year downtown.  The bar was busy, but the lines weren’t bad, we witnessed some unlikely hook-ups and some drunken debacles, snagged some free drinks, pretended to be the fashion police (but just amongst ourselves, don’t worry! We’re not mean!), and practiced our French with some Quebecers. It was a regular night at the bar really, but everyone was so happy with the countdown to midnight; champagne and confetti rained down from the second floor. I basically treated this night out as a hybrid between a few hours of Zumba and crazy karaoke – it wasn’t perfect, but I had a blast with some of my closest friends. I hope the last hours of 2011 were good to you, and the first of 2012 have been even better!

To recover from the partying of the night before I hosted a little New Years Day lunch. What better way to recover from the first hangover of 2012 than with a good meal? I served way too much food (I over estimated the hunger of hungover people!), but here’s a little taste: 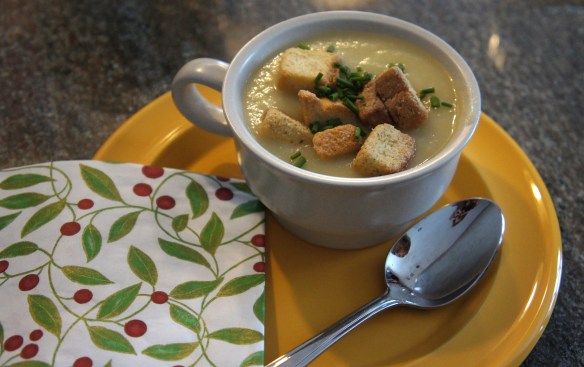 Grape tomatoes, bocconcini and baby gerkins on toothpicks -- a little bit of a retro vibe on this snack!

Hot apple cider on the stove with oranges and cinnamon.

Recipes to come, but since I need to start going to bed earlier (it’s not really a resolution, I just need more sleep), it will be tomorrow. Happy Happy New Year!!

Resolutions from my nine year old self. Really, not much has changed...except for my handwriting, thank goodness.

I love “When Harry Met Sally”. I think it is one of the best romantic comedies, and it would definitely be on my Top Ten Movies of All Time list (but I’m too young to be making one of those!). My favorite scene in the movie is the last one, the one that takes place on New Year’s Eve. I won’t ruin the ending for those who haven’t seen the movie (go watch it now!), but it’s magic. And it makes New Year’s Eve seem unbelievably awesome.
Well. New Year’s Eve is not like the movies (unless you’re lucky or super rich).  I’ve decided I have a love-dislike (hate is much too harsh for this) relationship with the much anticipated evening.
The Love Part:
·         I love dressing up
·         I love champagne
·         I love celebrating a great year with my friends and/or family
END_OF_DOCUMENT_TOKEN_TO_BE_REPLACED

hopping on that #basicallybaking bandwagon because i have internet fomo & there’s nothing i love more than #procrastibaking (sorry, research project!). . the @basically / @mollybaz earl grey yogurt loaf is 👌🏼👌🏼👌🏼. #moist #baked #teacake #cake #bonappetit