The sun shone down on the Vankleek Hill Fairgrounds all day Saturday for a glorious time at Beau’s Oktoberfest. It was the brewery’s fifth year hosting the Bavarian festivities, and my first year attending (along with 12,000 others!) — who wants to join us next year? 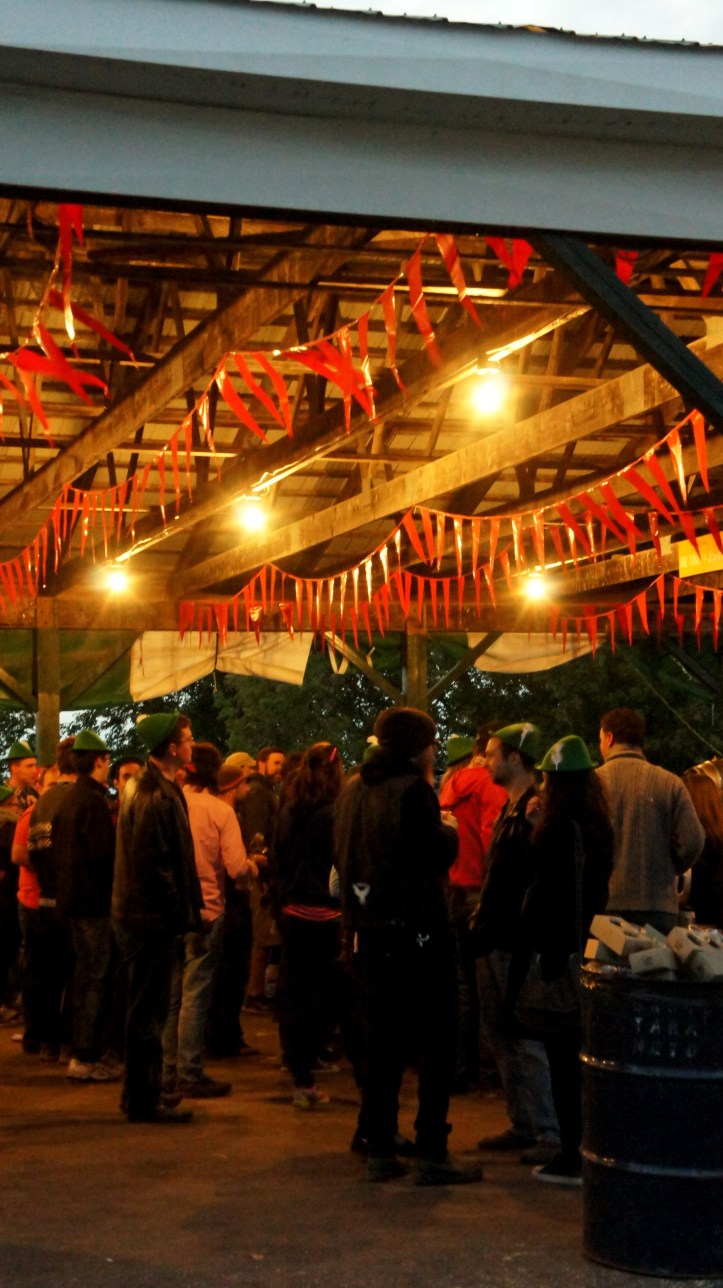 The event raised over $75,000 for local charities; a pint tastes even sweeter when you’re drinking for a cause. Along with the feel-good buzz from the friendly crowd, sunshine, and polka oom pah pahs wafting through the air, there were games (a beer themed Midway! Keg tossing! Spouse carrying! Stein struggling!), educational hours (with more beer!), brewery tours, dancing, some great indie music acts, and delicious Bavarian-inspired food from some of Ottawa’s best restaurants. The day really was wunderbar.

My Oktoberfest celebrations (perhaps unwisely) lasted well into the night, and the next day I recovered with this Beau’s ale-inspired soup. I had made it ahead in a rare moment of Martha Stewart-like organization; all that was left to do was top it with some crusty bread and melted cheese…post-Oktoberfest-Katie was oh so grateful.

1. In a large saucepan heat olive oil and then add sliced onions. Cook for about 10 minutes, or until onions start to get slightly golden — stir often so that they don’t stick and separate the slices as you go.
2. Add the beer, Worcestershire, thyme, and sugar. Stir and heat until the liquid is reduced by about half, for 5-8 minutes.
3. Add broth and water. Bring to a boil and then cover the pot and lower the heat to let the soup simmer for about 10 minutes.
4. Add a dash of salt and pepper to taste.
The soup can be kept in a container in the fridge for four days.

When you’re ready to serve the soup, preheat the oven to 400F. Divide the soup into bowls placed on an oven-pan/tray. Mix the cheeses together. Place a piece of bread over each bowl (I used my Dad’s recipe), and then cover the bread with the grated cheeses. Place in the oven for about 12 minutes, until the cheese has melted and is slightly golden and the soup is bubbling. Enjoy and happy Oktoberfest!